Making Connections with the Maker Community 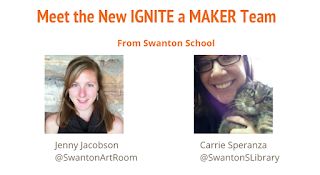 Meet Carrie Speranza, librarian, and Jenny Jacobson, art educator, at the Swanton School, Swanton, Vermont –  two educators who are masters are making connections to bring more opportunities to their students.

This year, Carrie and Jen ended up spending hours making connections with community makers at The Generator (a community maker space in Burlington, Vermont)  and building their skills as maker educators as the 2017 IGNITE a MAKER team.
IGNITE a MAKER is an opportunity offered through the Create Make Learn community  for educators to spend a few months as members of a community maker space  where they have access to prototyping tools such as laser cutters, 3D printers,  and CNC machines along with other tools and resources.  During that time, the Generator has invited them to  take classes that build their skills using these maker tools.  This has provided  Jenny and Carrie the opportunity to make connections with an amazing community of makers who are always willing to help the IGNITE a  MAKER maker educators leverage access to maker tools  to level up projects for their classroom.
Though they have tackled several projects, Jenny and Carrie have primarily focused on working with a product called Touch Board from Bare Conductive to create an Interactive Mural of their student’s personal research project. The Touch Board contains 12 electrodes and can trigger sounds though its MP3 player. A perfect device to create an Interactive Mural Board.
Using the Touch Board, Carrie and Jenny worked with  their sixth grade students to create an interactive mural board, allowing them to present their passion projects in an innovative and creative way. The Touchboard is the heart of their projects. It allows the sixth graders to record short segments about their projects, which are played at the touch of a button (or a star!). The device is similar to a Makey Makey but programmed using a mini SD card and works with conductive paint. YES conductive paint!

Here is their Journey as IGNITE a Maker Educator and bringing back new skills to their classroom. 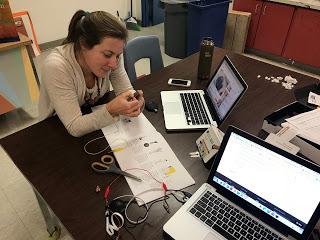 Jenny working with the Touch Board for the first time. Sometimes you just have to dive into the unknown. Tinker away!
After becoming familiar with the Touch Board and taking a certification class on the laser cutter,  Carrie and Jenny cut out their students’ board designs using the laser cutter at the Generator. The students created their design using Inkscape, however once it was time to cut it out, it was much easier to put it into Adobe Illustrator prior to sending it to the laser cutter. After working out some of the design flaws and getting some advice from another Generator member, the boards were successfully cut out. 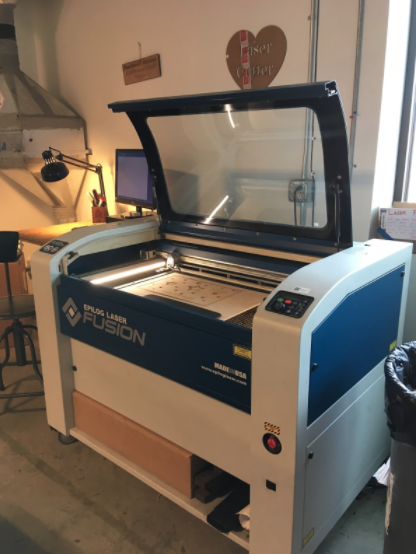 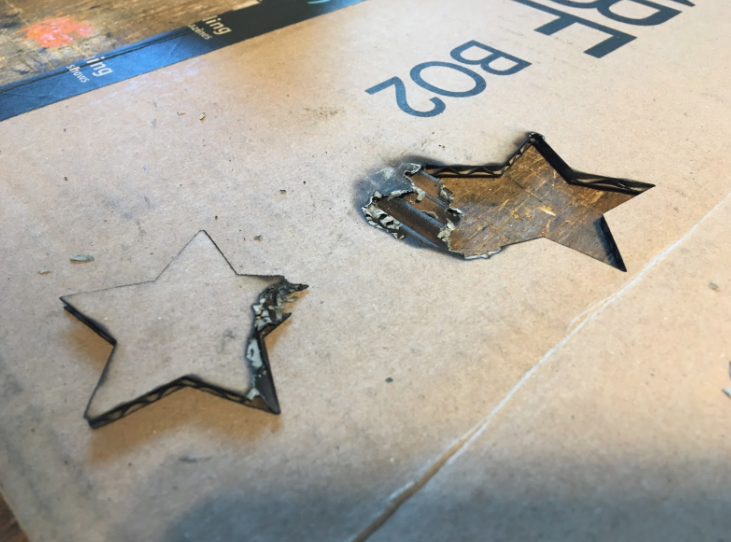 After some test cuts with cardboard (and some minor fires- note: always stay an arms distance away from your laser cutter and watch it!), they successfully cut out a final product on ⅛” plywood. 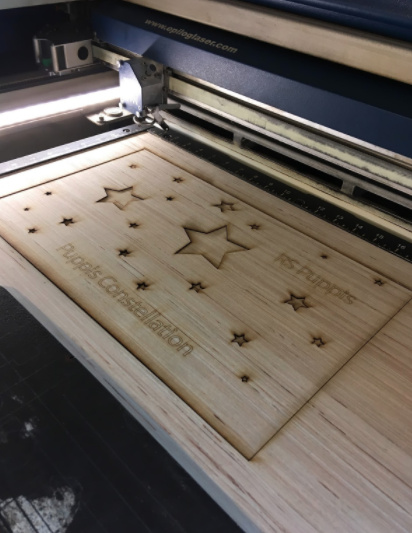 Once the physical boards were cut it was time to program the Touch Boards. The students used Voice Recorder on their Chromebooks to create audio files giving short snippets of information about their projects. 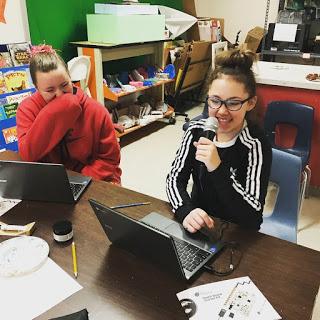 Next, they used stencils and conductive paint to create the connections on their boards. Although each Touch Board is able to support 12 touch points, the students only painted 5 to allow some room for error. 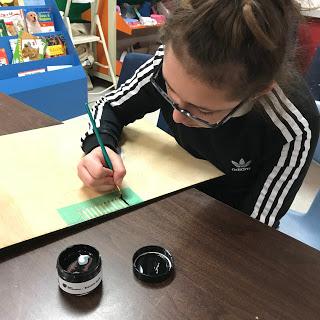 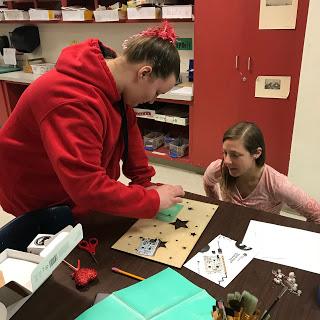 Now that the connections are painted, the students will finish recording their audio clips, and attach the Touch Boards to their laser cut pieces. The final result will be an interactive mural which allows for the audience to engage in learning in a different and exciting way!
They will be sharing their interactive mural with the maker community and educational community this spring.