By Christine HillJanuary 28, 2019Member Made, News

The Illumination Collective is comprised of community artists with a shared playful curiosity for light and shadow —  many of whom happen to be Generator members.

Through creative tinkering, the Illumination Collective crafted a magical Illuminated Forest at the Champlain Mini Maker Faire this past autumn. Here’s member Kristian Brevik’s installation at the event:

Following the success of that one-night-only installation, the team gathered again to bring new glowing surprises to Echo Aquarium with the Illuminated Waterfront as part of the inaugural night of Highlight, Burlington’s New Year’s Eve celebration.

Some of the Generator members displaying work included: Jody Brown is primarily interested in environmental design and sculpture. She makes small-scale steel sculpture and works on ideas for larger scale work in a variety of materials. As part of the Illuminated Collective team, she’s using reflective materials combined with dynamic lighting to create sculptural installations. She co-owned and operated The Drawing Board in Montpelier, VT, for thirty-five years. She is accomplished in business management, picture framing design and production, art preservation and art materials services. Currently, she serves on the board of Studio Place Arts in Barre and is affiliated with Generator in Burlington. 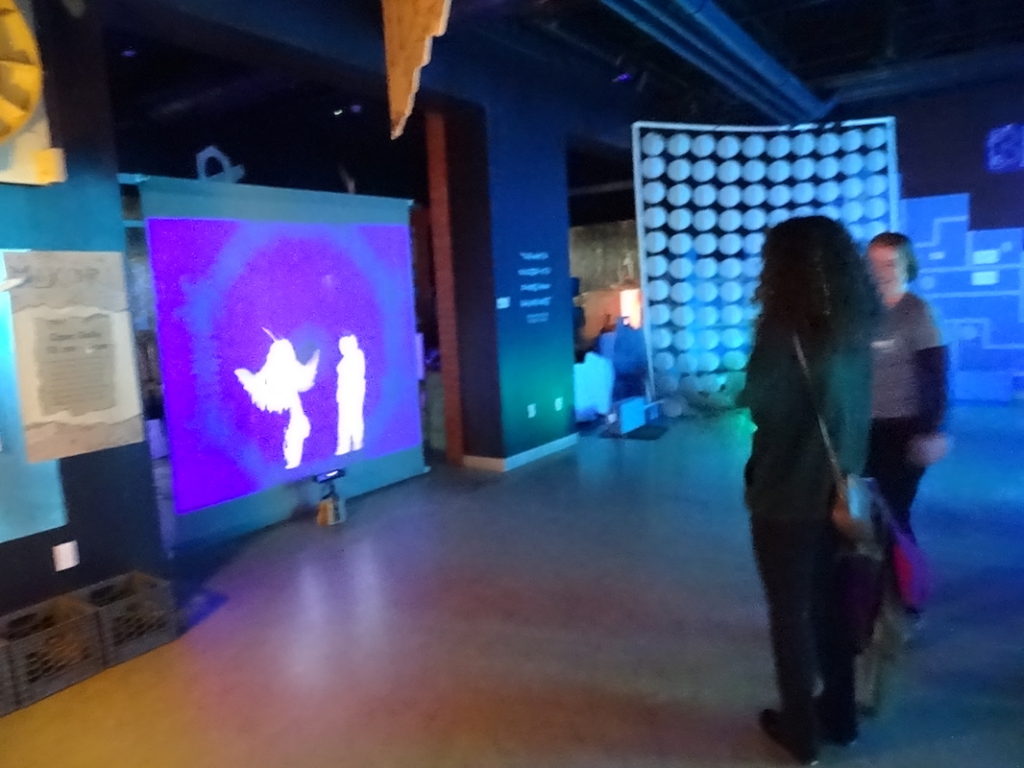 Ken Howell is an artist and professor of media arts at Champlain College where he also serves as a faculty advisor with the Emergent Media Center, and leads the EMC Sandbox Team exploring new and novel human-computer interaction models .  He holds an MFA from the School of Visual Arts, and a BFA from the Maryland Institute, College of Art. He is a founding board member of Generator, a Burlington makerspace and a founder and organizer of the Champlain Maker Faire. When Ken is not describing himself in the third person, he is an I that enjoys a creative life of making, tinkering, drawing, painting, and practicing bonsai. His work, even the bonsai stuff, deals with dichotomy, emergent properties, the quieting of the monkey mind, and dislocations in time and space,  symptomatic of digitality.

Terrence Sehr is a digital artist interested in political and social media-sourced digital art using algorithmic appropriation and remix. Other interests include interactive art, mixed media sculpture, and the maker movement. Terrence is adjunct faculty in the Champlain College Masters in Emergent Media program, as well as the Community College of Vermont Computer Information Systems program. Terrence holds a Master of Fine Arts degree in Emergent Media from Champlain College, a Master of Science degree in Computer Science from the University of Vermont, and a Bachelor of Engineering degree in Electrical Engineering from The Cooper Union, NYC. Alex Costantino is an art educator and artist working across various media, including ceramics, painting, and and digital sculptural practices. He holds a BFA in printmaking from Kansas City Art Institute and an MFA from the University of South Florida in Studio Art. In addition to creating art, he teaches art at Enosburg Elementary School, Champlain College, and Burlington City Arts. 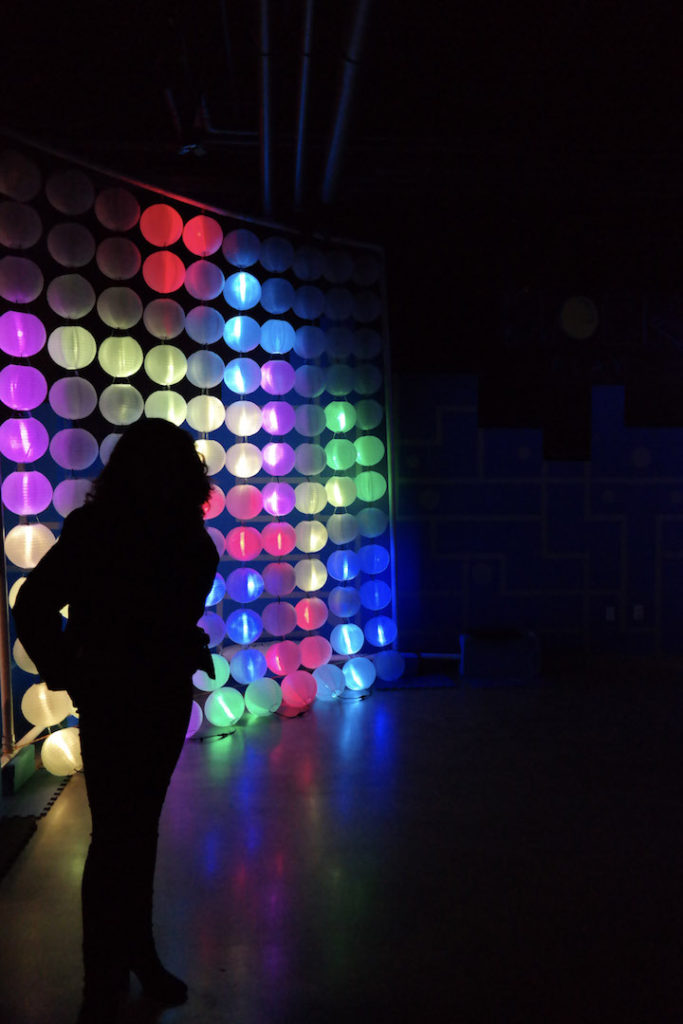 Jake Blend has earned a reputation as a creative, fun, and determined maker/fixer.  As the rapid prototype shop lead and manager of the Mixed Reality Lab at Generator, his daily bread is transcribing dreams to tangible joy.  Among his many projects are mini arcades, way-finding footprints for a traveling Smithsonian Exhibit, creating the World’s Largest Spirograph, and he is currently working on a secure low latency VR telepresence as part of a National Science Foundation project in collaboration with BTV Ignite.  You can find out more at jakeblend.com

Alex Toulan is a software engineer, game programmer and product developer. He likes to dabble in electrical and mechanical engineering as well. In his spare time, Alex enjoys creating illuminated interactive installations. The LED Tetris Wall at Highlights exemplifies a number of his passions.

Thank you to Illumination Collective and Generator Member Jane Adams for the write-up and photos!